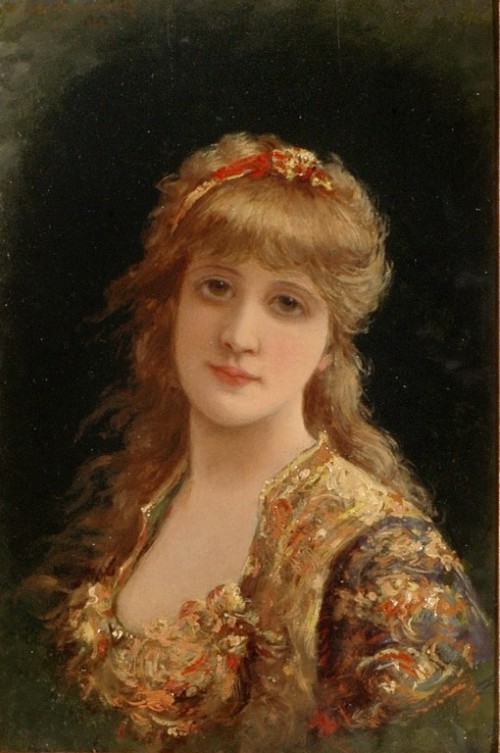 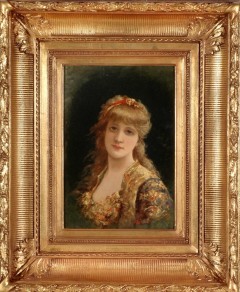 Emile EISMAN-SEMENOWSKY [1857-1911]
Despite the rich artistic legacy of Emile Eisman-Semenowsky, there’s not a lot informations about his life. He was born in 1857, probably in Poland. His family had a jewish origin, but the questions about where he lived and learned are still without answer. He wasn’t decide to studying art in Warsaw or Cracow. In 80’s of 19th century he lived in Paris. Many of his works are comes of this period. He wasn’t have contacts with Polonia enviromment and French  artistic community, which prove that he learned by his own. Quantity and high artistic level of his works proves that he had his own studio. He was inspired by oriental painting and motives, which was very popular in 19th century. He painted a lot of portraits and generic paintings in antique style, but he treated its compatibility with historic facts quite freely. His paintings had a lot of customers in Parisian middle class and newcomers. A lot of his works are also buyed by collectors in the United States.