A Woman in a Red Bonnet over the Pond 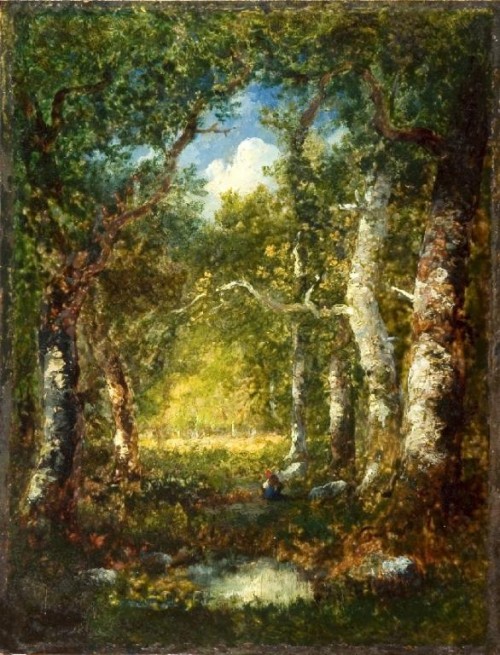