Landscape with a Large Oak Tree 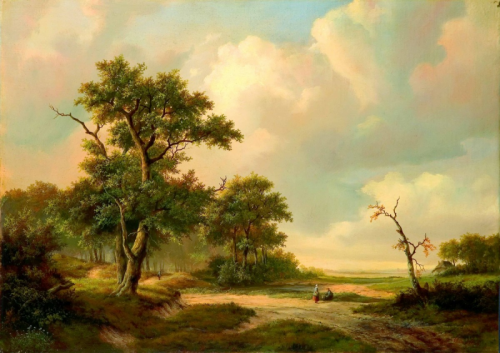 Willem de KLERK [1800-1876] came from the Netherlands. He studied under P. Hofman and A. van der Koogh. In 1827 and 1828 he lived in the Ardennes for several months. In 1835 he travelled along the river Rhine in Central and South Germany, painting mostly riverscapes. Klerk visited Bohemia and Saxony in 1838. Two years later, after installing himself back in the Netherlands, he married Ida von Bezsekoom. Willem de Klerk is most famous for his landscape painting. His works are exhibited in museum collections in Rouen and Nimegue.