View on a Sacre Coeur 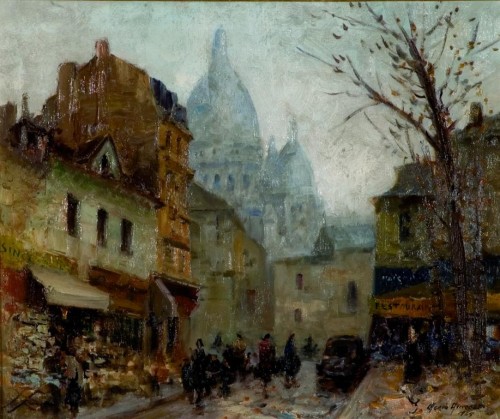 Ameglio was an Italian, self-taught artist. He was brought up and lived for several years on the Côte d'Azur. His artistic endeavours concentrated at marine painting in that time. In 1938 Ameglio moved to Paris and settled down on Montmartre. His atelier was situated at rue Clauzel 23, next to La Butte. Despite close friendship with Picasso, Villon, Severin or Emile Galle, Ameglio did not succumb to the futurist and abstract forms. Till the end of his life he painted views in impressionist technique. His paintings remain in the collections of National Museums in Casablanca and Grenoble.