Work on paper » Other » Stroobant F. 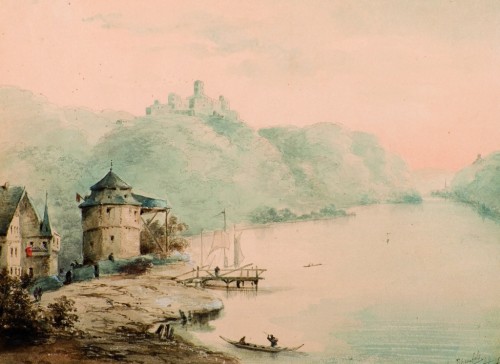 Stroobant was studying in Brussels Academy of Fine Arts and at the same time was practising his skils in ateliers of François Joseph Navez (1787-1869) and Paul Lauters (1806-1875). From the beggining his main interests were town landscapes, so he were constantly visiting European cities (Germany and Poland for instance). He stopped travelling in 1850 and concentrated on painting Belgian town lanscapes, Brussels and Bruege for instance. Stroobant paintings characterise by detailed architecture elements and deep contrasts.  In 1865 he was offered a position of director in Molenbeek Saint - Jean Academy in Brussels. In 1878 he achieved an honored title of Leopold Order Oficer. His works of art are a part of various museum collections, especially in Brussels and Budapest. In Cracow there are many of his litography works.