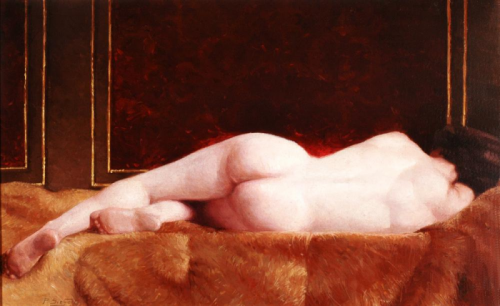 Paul SIEFFERT [1874-1957] was born in Paris. He studied at the Academy of Fine Arts in Paris, in the atelier of Gérome. Since 1894 he exhibited his works at the Salons. In 1902 he was awarded with Grand Prix de Rome, and in 1937 - he obtained a major distinction. Sieffert was a member of the Society of French Artists, he chaired many committees. However, he was most famous for his portraits, female nudes and stained glass. His works are exhibited in museum collections in Dijon, Nimes, Calais, La Havre, and Dinan.