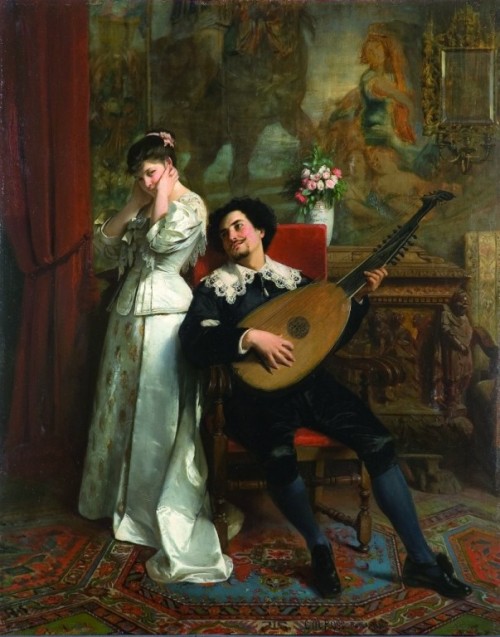 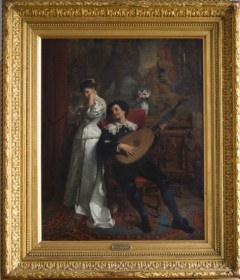 Christian Meyer ROSS [1843 - 1904] – a Norwegian genre scene painter who spent most of his life in Munich, Paris and Rome. Ross studied in Copenhagen under Frederik Vermehren and William Marstrand.

In 1869 he moved to Munich and joined the Munich Royal Academy of Fine Arts. He quickly gained a key position among the artists. His specialty during Munich period were historical genre scenes. From Munich Roos went to Paris and spent there four fruitful years painting works inspired by the portraits of Léon Bonnat and Charles Carolus-Durans. Drawing on both - the work of the French and German experience - Ross developed his individual style.

In 1879 he moved to Rome where the social elite appreciated his extraordinary ability to repaint the clothing of elegant women. The painter spent the following years in Soro, he died in Rome in 1904. His painting can be found in various private collection and museums, among others in Oslo Museum.