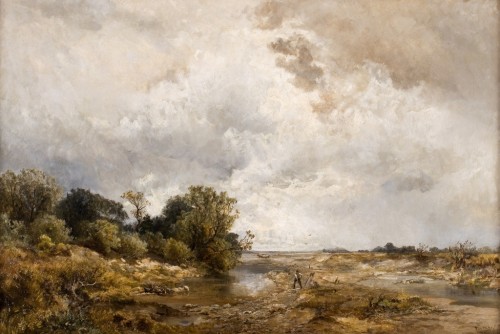 Eugen BIRZER [1847-1905] was a landscape painter, born in Waldassen. He graduated from philosophy and law at the University of Munich. He worked for the Lithographic Institute in Berlin, also attended an art school and later the Academy of Fine Arts where he studied in the atelier of Martin Wilberg. Birzer was appointed an art  lecturer at the Technical University of Munich. In the early years he worked under the influence of Joseph Weinglein (1845-1919). Among the landscape painting he was particularly fond of Bavarian forestscapes embedded in an atmosphere of an early spring or autumn. Birzer died on the 27th of April 1905 in Munich.