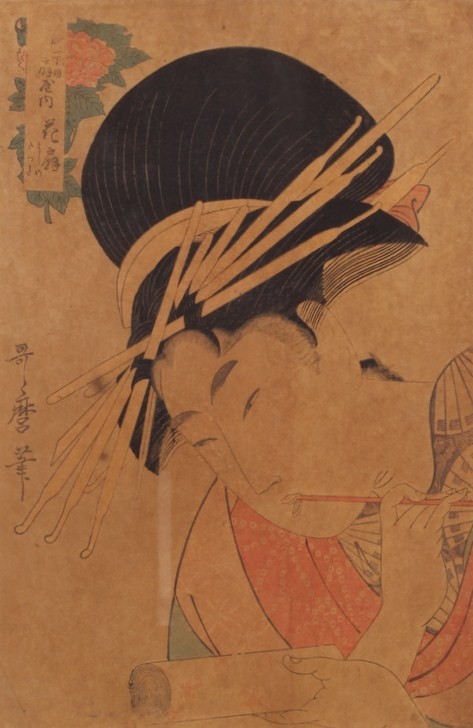 Kitagawa UTAMARO [1753-1806] also known as Outamaro or Toyoaki. Utamaro, a Japanese engraver and painter, is considered to be one of the greatest artist who worked in woodcut. His prints were famous especially for masterfully composed female representations, called bijinga.

In his artwork Utamaro focused on the studies of nature. He executed illustrated books with animals, insects and images of flowers. The artist was highly regarded for his ability to use light-and-shade effects and his compositional skills. In the bijinga portraits, that gained a great reputation, he skillfully combined images of traditionally dressed Japanese women with aspects of their personality and mood diversity.

Utamaro had made more than a two thousand prints, numerous paintings, and illustrations. In his lifetime he gained an international recognition. In the mid 19th century his works appeared in Europe and brought about a great admiration, especially among Impressionists’ circle.

His art still enjoys a great reputation, and Utamaro himself is considered the greatest among the ukiyo-e artists.

Works of Kitagawa Utamaro are included in the collections of the most important world museums: