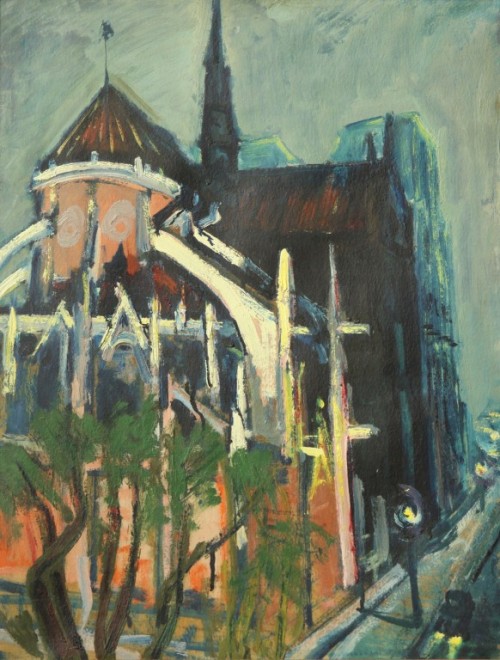 Mieczysław Lurczyński. Painter, poet, writer, playwright, graduate of Fine Arts Academy in Warsaw. As a writer he debuted in 1936. He published in ''Kamena'' periodic. On World War II he was a Home Army soldier. He was arrested and inprisoned in Pawiak. He was taken to Majdanek concentration camp, then to Buchenwald, where he escaped from. After the war he lived in Hannower, where he was one of creators of the Forced Refugees Association Publishing. In this period he published dramas like ''Janka'', ''Stara Gwardia'' [An old guards] and poetry volumes ''Dom pod wysokim księzycem'' [A home above high moon] and ''Łuski Syreny'' [A Mermaid's shells] From 1949 he lived in Paris. On Paris period he was a friend of Stanisław Eleszkiewicz (similar style painter) He traveled to Algieria, Morocco and Spain. He was delighted of local landscapes and lights, used in his works clear colours, which with  strong contours, highlighting forms, resulted with effect like stained glass or mossaic.