Fishing Harbour in the Moonlight 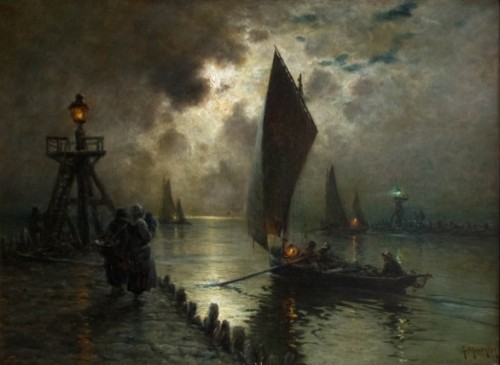 Georges Philibert Charles MARONIEZ [1865-1933] had painted mainly genre scenes and landscapes, however he gained recognition thanks to his maritime pictures. At the age of 22 he appeared in the Parisian Salon, where he was exhibiting images from the coast of Brittany and Holland. His individual style encopassed wide references to Dutch genre paintings, his own canvases were enriched with realistic staffage. Maroniez received numerous awards and honours, such as: third and first class medal in 1905 and 1906. His works can be seen in museums in Lille, Valenciennes, Cambrai, and Boulogne. 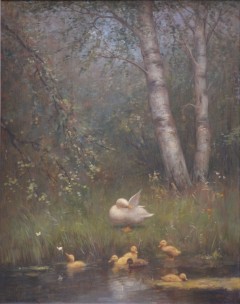