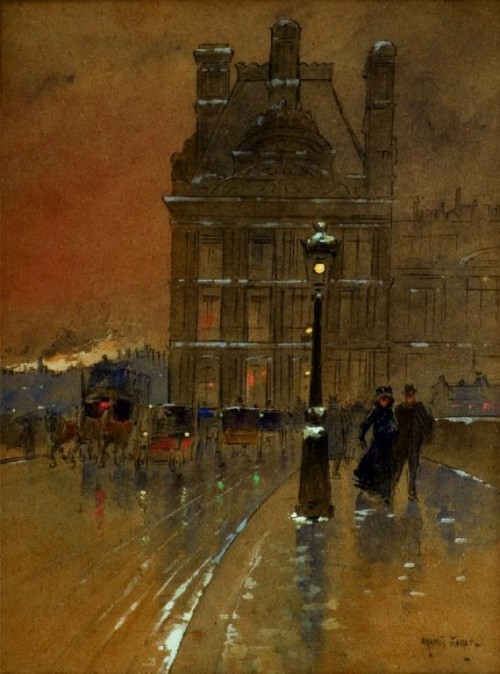 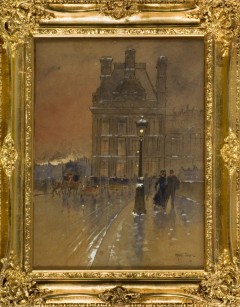 Jean-Jacques Francisque GARAT [1853 - ca. 1914], painter and draftsman, was a lifelong admirer of Paris, the city became an inexhaustible source of inspiration for his work.  The repertoire of his favourite themes included busy streets, park scenes, funfairs, and night life of Parisian cafes. The artist painted oil pictures, often turning to aquarell technique as well. Paintings, especially those executed on paper, were endowed with transitory and ephemeral character. When painting, Garat abandonned topographical precision for  creating elusive sensation. He signed his works 'Francis Garat'. In 1898 the artist was accepted to the Salon of French Artists in Paris. 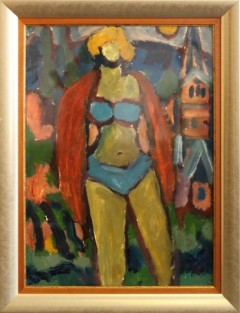