Houses in the South of France 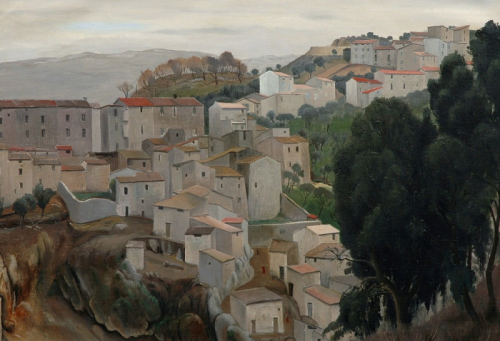 Alfred DUPRÉ [1902-1956] was a German painter, born in Cologne. Between 1922 and 1925 he studied at the Arts Academy in Duesseldorf. Dupreé frequently made artistic journeys around Europe, including Rome (1925), Paris (1927/29), and the South of France. He came back to Cologne in 1930. Since 1925 he started displaying his work regularly in  art institutions such as: Kunsthalle in Duesseldorf and Dom-Gallerie in Cologne. Between 1931-42 Dupré  was taking part in exhibitions held in Berlin, Paris and Vienna.  Dupré’s paintings often return to the representation of the city and figures, maintained in an expressionist manner, entering the metropolitan landscape. Numerous travels influenced the choice of his painting themes. The painter became fond of the scenery of French province which he repeatedly used as a central motif in his oeuvre. His peculiar, sometimes disturbing gaze at European cities and their inhabitants was granted by artist's interest with the achievements  of Cubists and Expressionists.