A Boat on a River 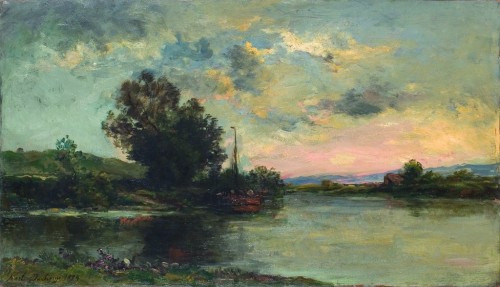 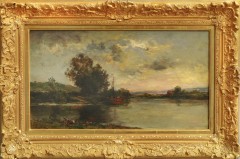 Daubigny studied in Paris, in the atelier of his father, painter and graphic artist, François Daubigny. Like his father, Karl devoted himself to landscape painting. Since his debut at the Salon in 1863, he exhibited his works regularly the following years, obtaining awards in 1868 and 1874.

At the beginning of his artistic career he remained under the influence of his father, however, with time Daubigny developed his own, more sombre style of painting. He found inspirations in the Fontainebleau forest and the coasts of Normandy and Bretagne. By the end of his life he grew fond of impressionst painting. 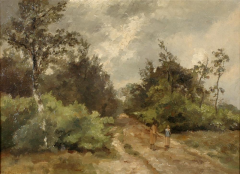